A voice flute is quite a special instrument in the recorder landscape. It didn’t really play a large part in the historical repertoire for the recorder. But in the modern early music practice it is now an essential tool for recorder players, because it opens up most of the traverso repertoire and also a lot of baroque violin music. Think of music by Telemann, Corelli, Hotteterre, Leclair and of course J.S. Bach and his sons.

The problem is that there are no historical voice flutes suitable for playing this demanding music. The original voice flutes by Bressan have a really rich low register, but no usable upper range. It was meant as a consort instrument, not as a solo instrument. The same can be said about the instruments by J.C. Denner that are most likely tenors in C at church pitch, combining a rather large head with a short body and foot. 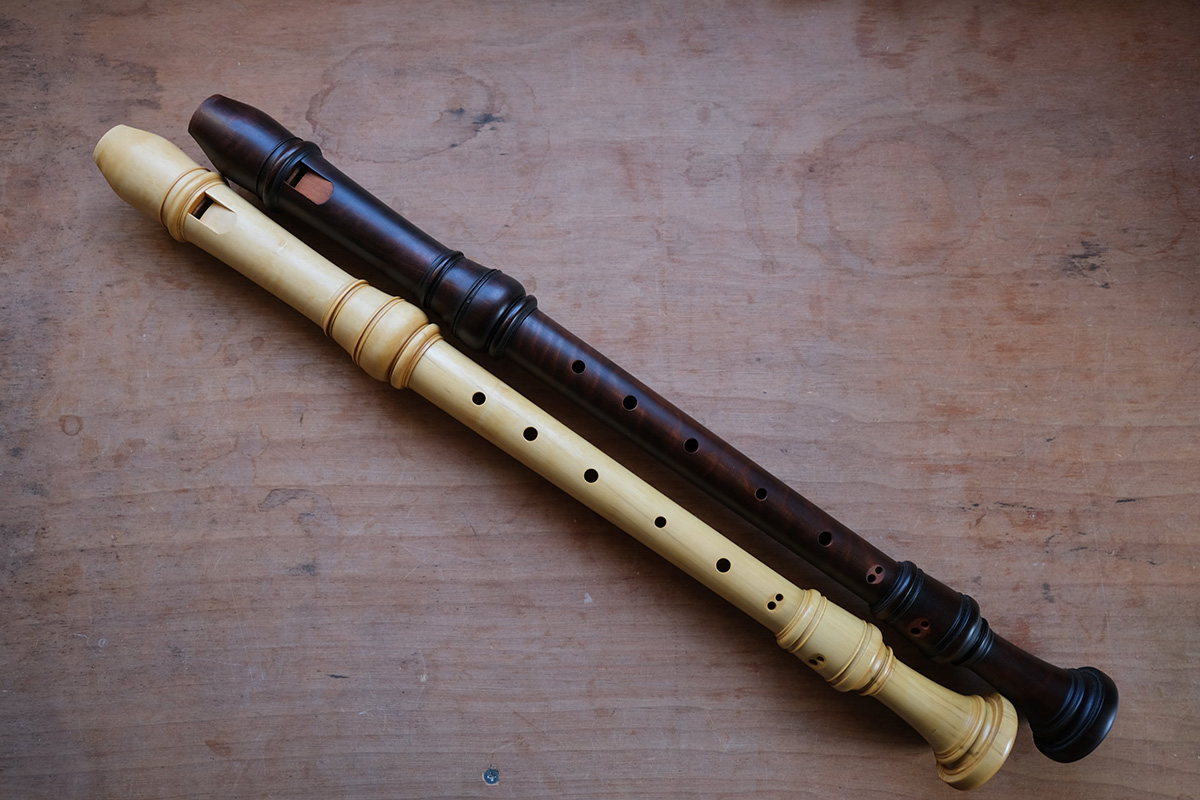 What we musicians really want is a recorder that plays like an alto, but sounds like a tenor. Something with a large range, good high notes and lots of dynamic possibilities. So my solution is to look at the proportions of the Bressan alto and apply them to the voice flute, shortening the foot and moving around some of the finger holes. The bore I changed as little as possible, so it still has that really full sound in the low register.

A note on woods. Boxwood is usually the choice of wood for a baroque recorder, including voice flutes. However it can be a bit heavy for some players. A lighter wood can also work beautifully both in look, weight and sound. Maple, pear and olive are very nice alternatives, each giving their own sound quality. And since these woods are a lot less expensive than boxwood I can offer voice flutes in these woods at a slightly lower price. This has nothing to do with quality or making a budget instrument, it’s simply the high cost of large pieces of boxwood. 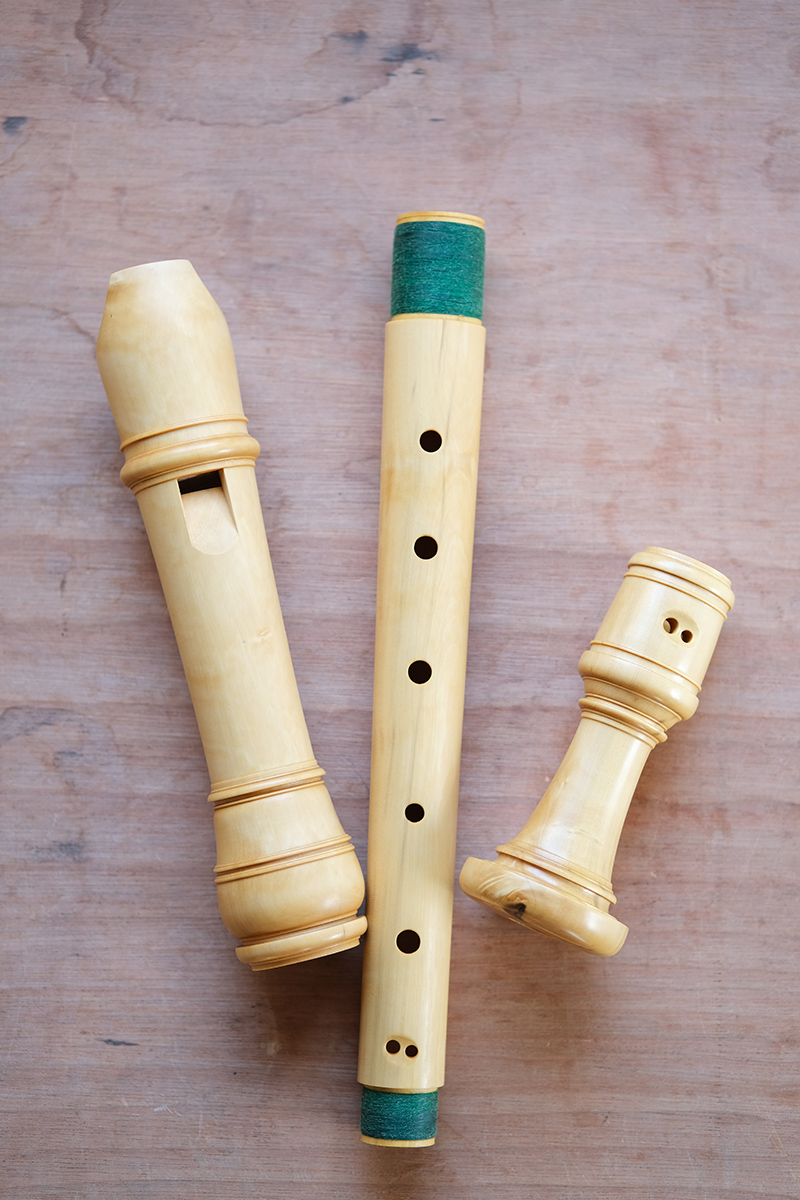