The earliest type of recorder I make is based on the Dordrecht recorder. This soprano recorder was excavated in the 20th century from a castle moat near Dordrecht in the Netherlands and is likely from the 14th century. It has a narrow cylindrical bore, no chamfers and a very high cut up of the window.

This is possibly the result of a damaged labium, but a high cut up appears on other early recorders and on paintings from the period. The resulting sound is loud and a little unrefined with a nice ‘chiff’. 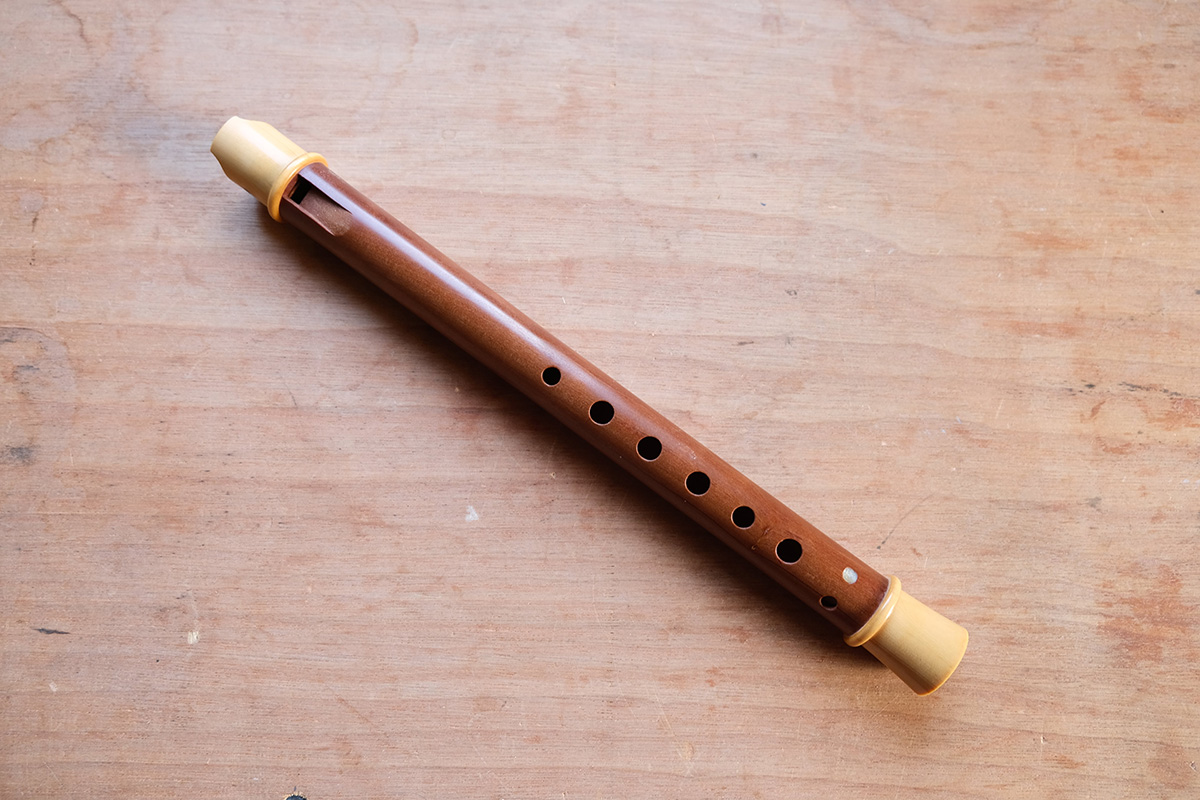 This is definitely an instrument to dance to on medieval parties and not for love songs played in the lord’s bed chamber. Because of the narrow bore the range is quite large with at least two octaves.

Tuned in C the pitch is about 450 Hz. I’ve decided not to change the voicing much because I think it adds to the character and originality. The pitch can be adapted to 466 or 440 Hz.